Report of Foreign Bank and Financial Accounts, FBAR (FinCEN Report 114, f.k.a. Form TD F 90-22.1), is a form that needs to be filed to Financial Crimes Enforcement Network (FinCEN), one of the U.S. Department of Treasury’s bureaus, in accordance with Bank Secrecy Act (BSA).  The IRS in Detroit collected FBAR data on behalf of FinCEN until tax year 2012, but the IRS and FinCEN are separate organizations.

Effective July 1, 2013, it has been mandated that FBARs be e-filed through FinCEN’s online filing system, including amendment of FBARs filed in prior years.  Thus, no paper filing is acceptable any longer.

FBAR is a form to disclose banks and financial accounts located outside of the U.S.  FBAR is not a part of an income tax return, so it needs to be handled separately.  Tax returns are filed directly to the IRS, whereas FBAR should be filed to FinCEN before April 15 (to be precise, it needs to be acknowledged by FinCEN by April 15).  If not filed by April 15 for any reason, automatic 6-month extension is granted without extension request. 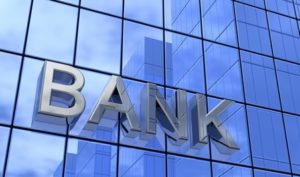 What are “Foreign Accounts”?

What are Reportable Accounts for FBAR and What are Not?

The following are subject to disclosure on FBAR:

The following are NOT subject to disclosure:

(*) FBAR disclosure requirements are different from that for Form 8938, which is described later.  Underlined items are the differences in disclosures between FBAR and Form 8938.