Similar to FBAR, the purpose of Form 8938 is to disclose financial assets located outside of the U.S.  However, one of the major differences is that Form 8938 consists as a part of the income tax return and needs to be filed to the IRS along with Form 1040.  Another difference is that, unlike FBAR, Form 8938 requires foreign assets of each spouse to be disclosed together on the same form if the tax return is filed on a married-filing-joint basis.  This is due to Form 8938 being part of an income tax return.  FBAR filing to FinCEN does not relieve filing of Form 8938 to the IRS, and vice versa, as the filing requirements differ between both forms. 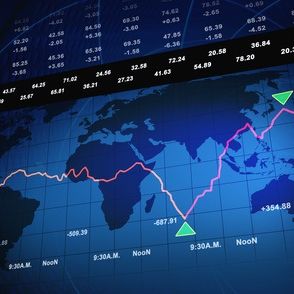 If a taxpayer’s assets balance exceeds either max balance OR year-end balance threshold, then she/he is required to disclose ALL of her/his foreign assets.

Unlike FBAR, an individual who has signature authority over a foreign asset but does not own a legal title is NOT required to disclose such an asset on Form 8938.

What are Reportable Foreign Assets for Form 8938 and What are Not?

The following are subject to disclosure on Form 8938:

The following are not subject to disclosure:

(*) Definitions of reportable assets/accounts are similar to that of FBAR but not the same. Underlined items are the differences in disclosures between FBAR and Form 8938.

Failure-to-file penalty is $10,000, and an additional $10,000 for each 30-day period, up to $50,000, may be imposed for continuing failure.  Also, a taxpayer may be subject to a separately-assessed penalty for unreported income, such as accuracy-related penalty at 40% of underpaid tax.  If the failure is deemed fraudulent, 75% of underpaid tax may be assessed.  Criminal charges may also apply.  Statute of limitations is 3 years but will be extended to 6 years if unreported income exceeds $5,000.